Opera Europa is a cultural project launched by the UE platform Europa Creativa for bringing closer the Opera world and increasing the interest among the general public. It consists of a series of live streamings of Opera performances broadcasted from the most renowned European theaters. We were asked to design the identity, posters and handouts for Puccini’s Tosca and La Boheme. We went for a contemporary design to showcase an artistic genre commonly associated with classicism. Since symbolism is one of the main Opera features, we developed two enigmatic images combined with different typefaces to depict both the classic and the modern side of the genre. 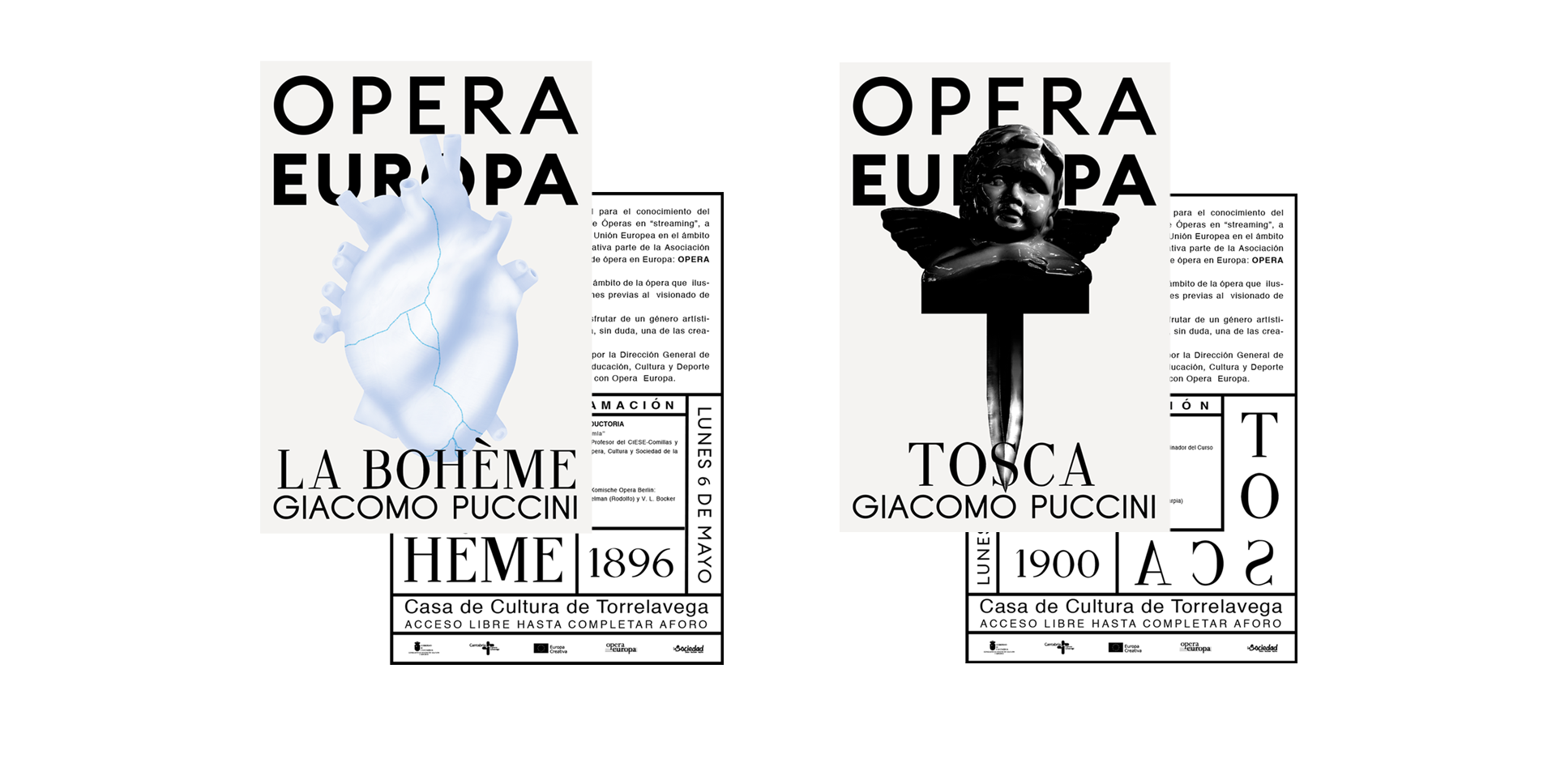